Celebrating The United States of America! 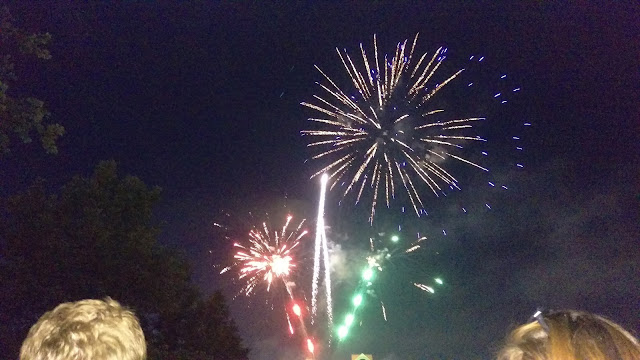 It is still odd being back in the United States for the 4 July celebrations. Yes, we have been back for the third Independence Day in the States. But it is still odd to not have 14 million things to do on the week around the holiday because it is the largest celebration for expats working abroad as Foreign Service Officers. (I miss it).

But this year we did plenty of "American" things.

Lucky Dragon was so excited that for about a week straight there were fireworks as we drove at night. We could see them exploding all over the valleys. Luckily, his birthday is in July because he really wants fireworks on his birthday! We went to the Sandy firework show at their City Hall. It was as much DC-like of a celebration as we could get! There were people sitting as families listening to the concert and then awaiting the fireworks. Sadly, after swimming all day Lucky Dragon fell asleep right before they started. But Little Koala Bear loved them. She was entranced. 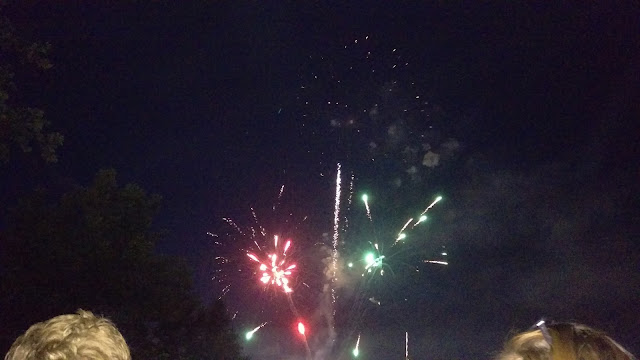 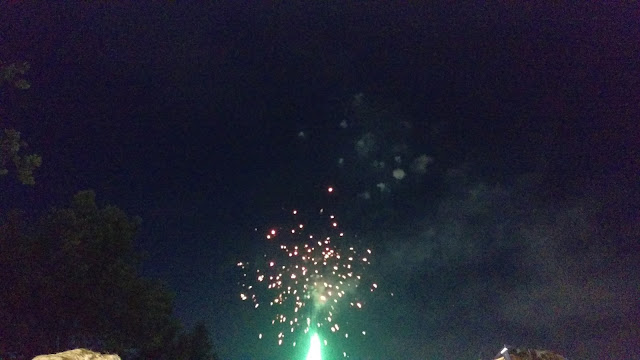 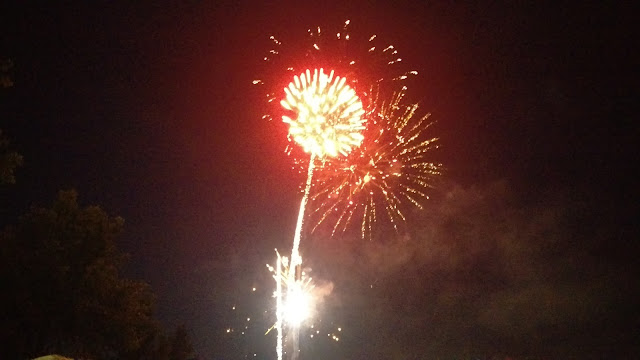 We went fishing and spent time with "Papa and Pluba" and cousins on both sides of the family. The fishing in the river was his favorite. Although he tends to be a bit like I was as a kid and throw in the rocks when we are not catching enough. He was also disappointed we did not keep any of them! In his mind that meant we did not really "catch" them. 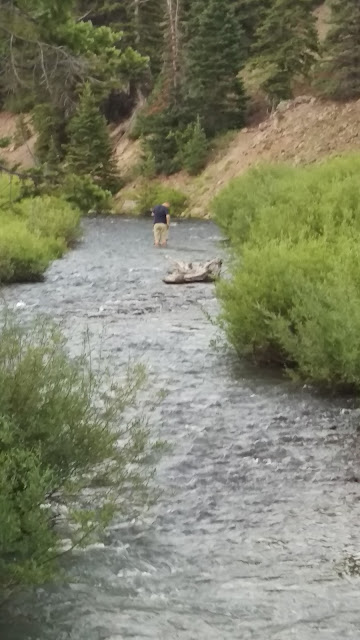 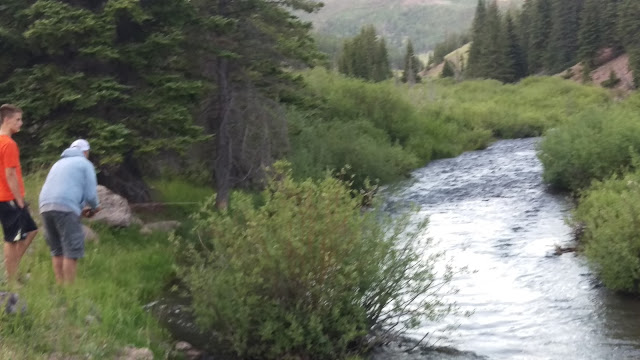 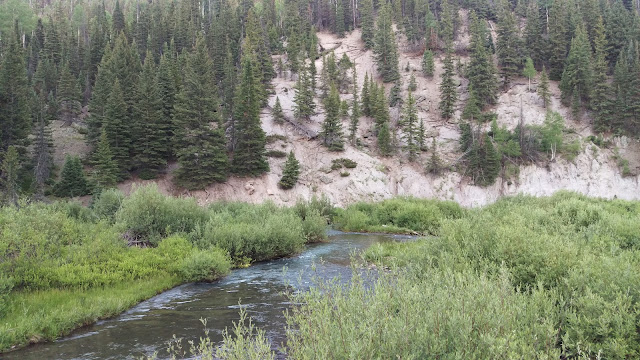 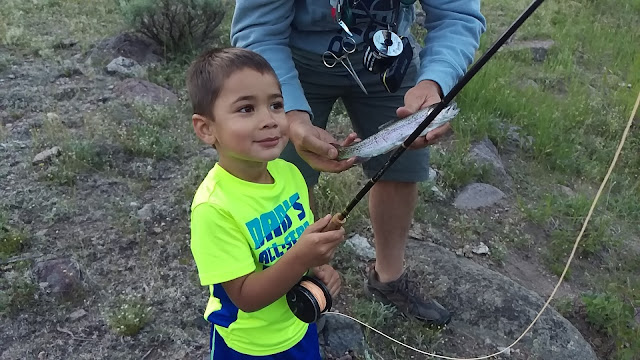 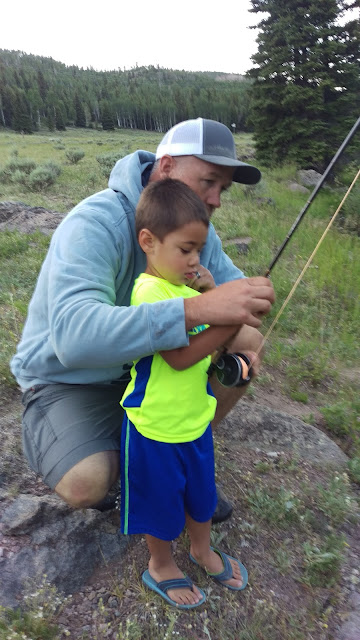 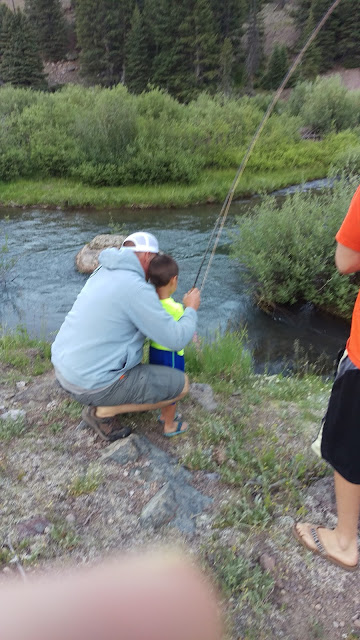 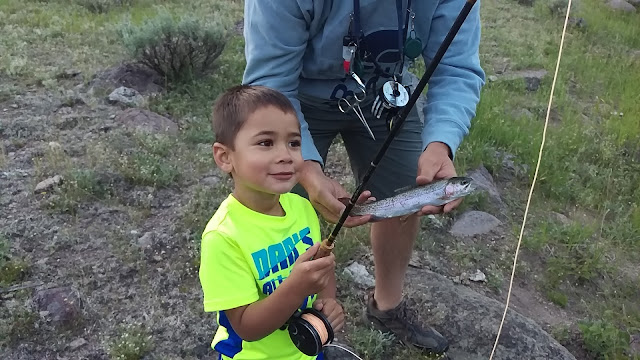 We went to a car show. And you would have thought this little 3 year old was in HEAVEN. (Although it was SO hot, it could not be Heaver...my image of Heaven has AC! haha). He wanted to see every car and talk about each one! Again I wonder if this kid should have been born to his uncle Trevor! 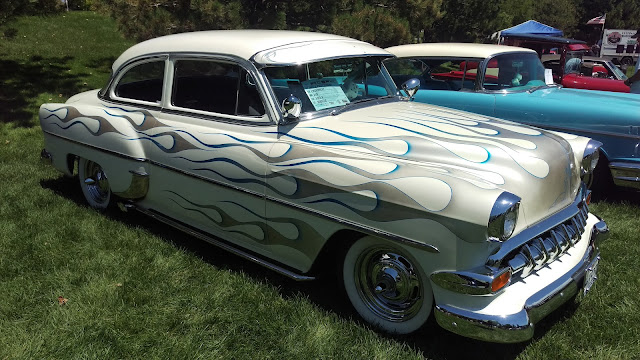 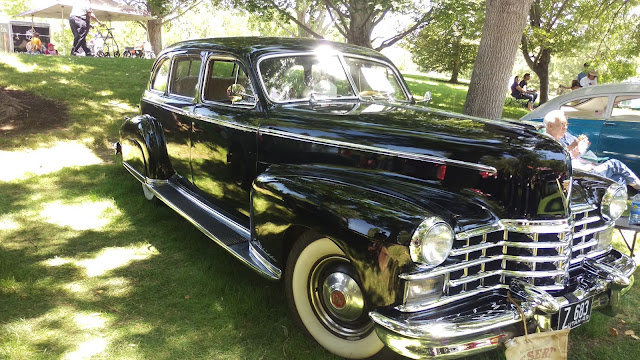 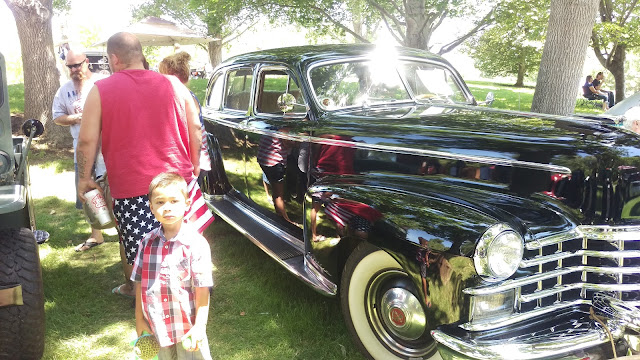 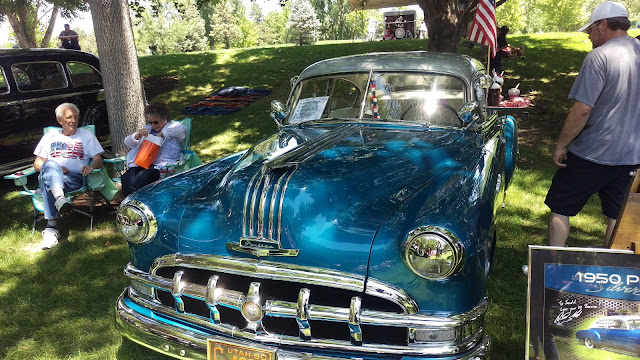 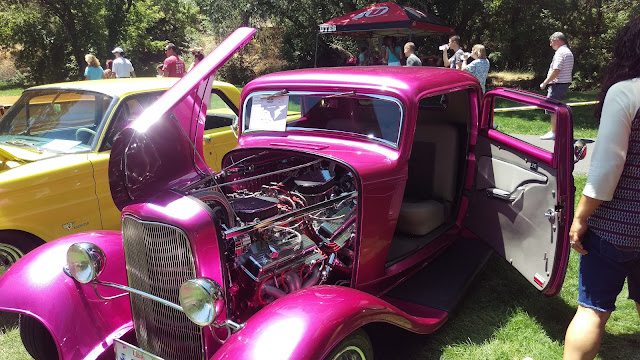 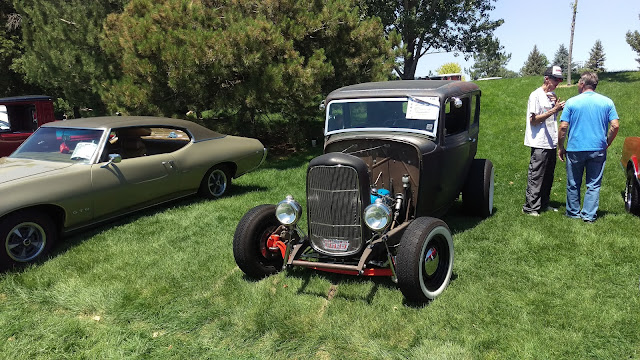 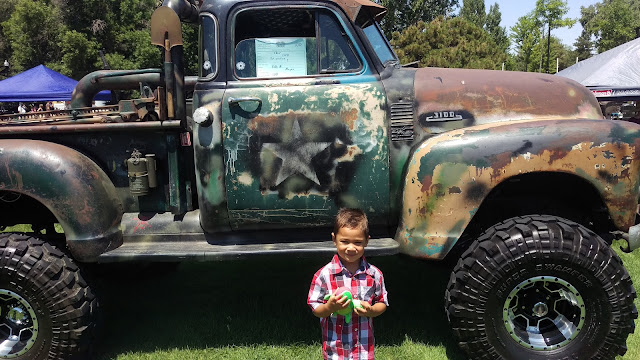 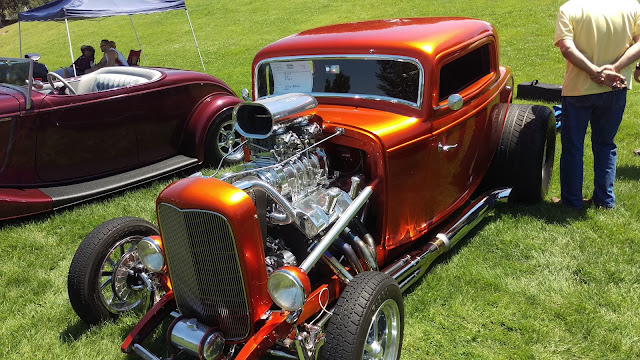 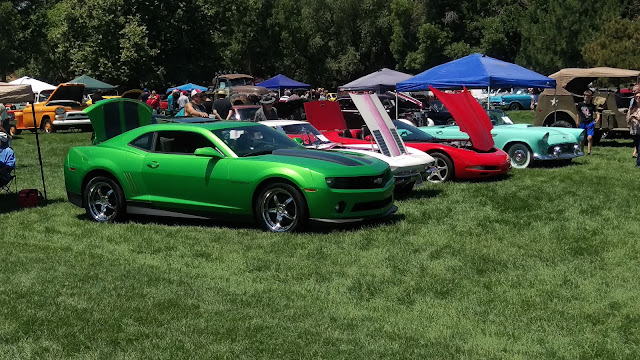 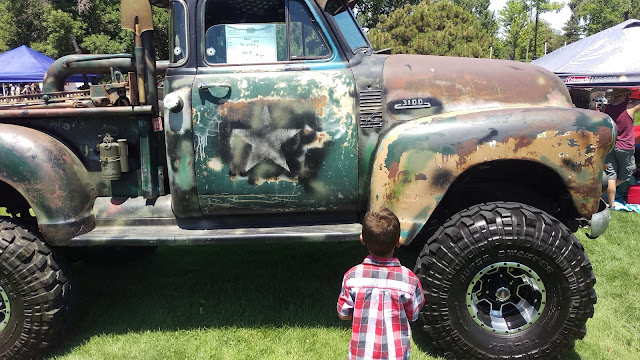 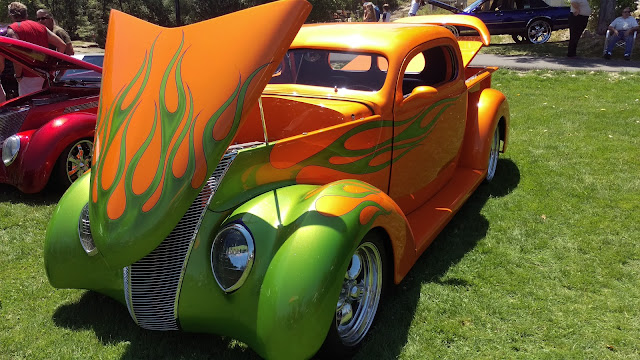 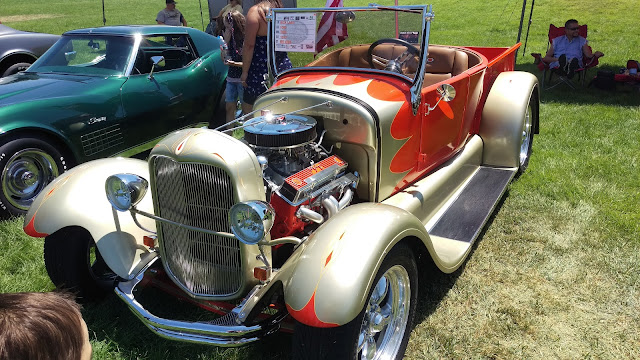 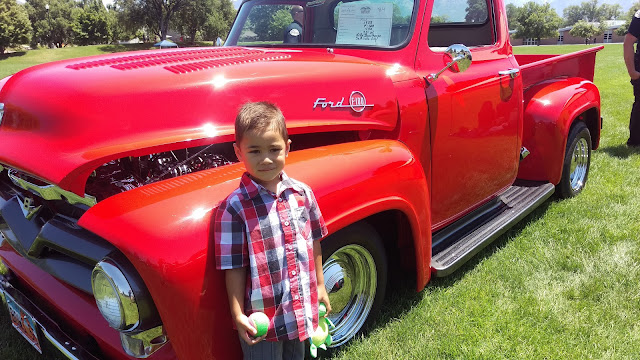 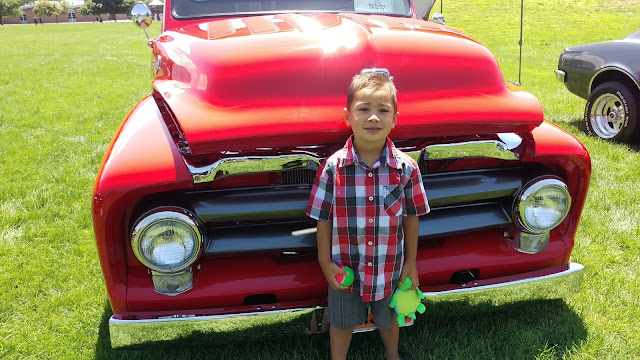 Plenty of sun and water to go around! We swam in pools of all sizes and shapes. We also BBQ-ed. At different times we did chicken, burgers, kabobs, peaches and hot dogs. It was delicious food--probably NOT helping us have beach bodies any time soon, but it was enjoyable.

I am thankful for the country we belong to, yes there are times that I wonder what leaders of the country are thinking. And there are times I read the news and am saddened by the hatred and intolerance. I could quote our wise 3-year-old-going-on-20-year-old and say that some days the actions of others are so "Exasperating!" But for the most part there are beautiful people and beautiful parts of the country to enjoy. In fact, the other day as we were walking--something Lucky Dragon and I try to do every day. We were able to pass Muslim families, Latino families, Asian families, white families and Polynesian Families. We were greeted with friendly, open words and were even invited to come in for food several times. There are many differences between us but there are also common values.

True to our experience living in a Muslim country the Muslim family displayed an outpouring of love and acceptance. The last question the patriarch asked me, a total stranger walking down the street in front of his house, reminds me of the person I want to be as and American-- "Is there anything that our family can do to help your family?" Would it not be such a better world if we all lived with that question as our mantra?

So, here's to another Independence Day in the books! It was a good one.