Weaving Rugs in a Displaced Village 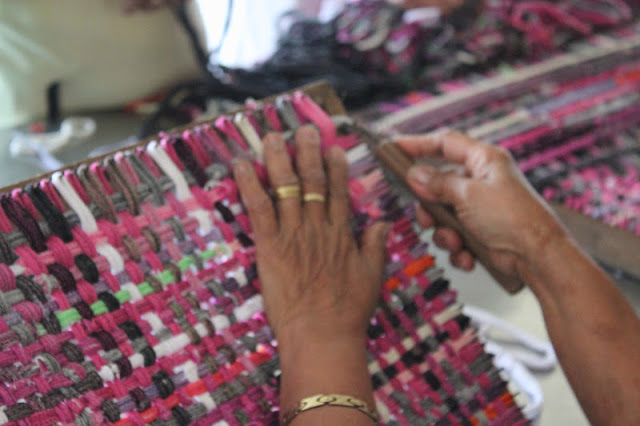 Lady Hiva and I teamed up with colleagues, another married couple, to work on another outreach project. We want to apply for a grant to help a community here in the Philippines. We had discussed it and want to focus on Women’s issues. After doing some research we found an NGO, called DAMPA (Don’t ask me what DAMPA stands for, it is some long Tagolog phrase that basically means we do good things to help other people) that we met with and talked about several of the projects they do.
Sunday afternoon we joined a few of the ladies from the NGO and drove down to an area just an hour drive outside of Manila. We faced the usual Filipino traffic where you almost die every few minutes due to cars darting in front of you, almost sideswiping you,  making a turn across three lanes of traffic, stopping in the middle of the road, or driving in the oncoming traffic’s lane and then honking at you like you were in the wrong lane! YIKES!
We when arrived at the community we had targeted it was shocking to see how clean it was—well, compared to other areas. A grid of straight narrow roads were flanked by long cinder block townhouse styled buildings. My first reaction was “these people don’t look poor and destitute to me.” These houses were not something to covet, but they were solid building and we have seen far worse living conditions. Yet as we asked more about the community we found out that these people had been displaced from their homes in Manila due to a government project of one kind or another and were moved here into government built houses. This explained the straight roads and uniform block buildings. 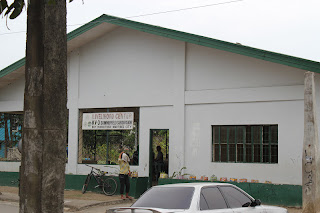 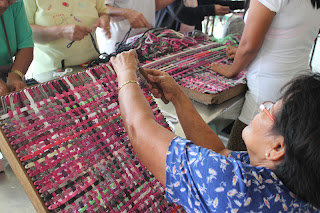 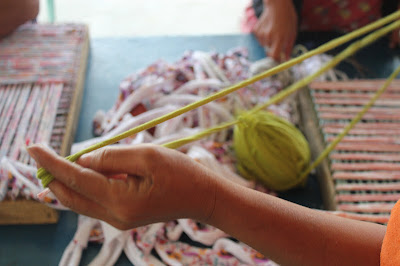 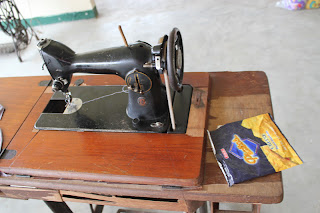 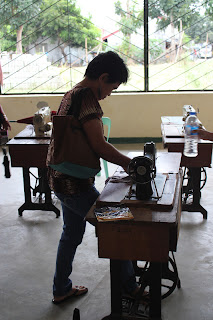 The community has since added lean-to portions to the front of their houses so each front door has a different look but you can still see the old drab structure in the back. We went in to see the projects they are working on in a large cement building labeled “Relief Center”. Women use recycled materials to weave rugs on homemade looms, sew clothing with donated materials using three machines that are peddle operated (I did not know they even had those anymore) that all the women share on a rotating bases to make extra cash.
As Lady Hiva and our colleagues talked with some the people working on projects, I decided that I wanted to weave a rug. The community buys large sacks scrap of material that someone cuts into strips and then ties those strips into long strings. Others sit with homemade looms that look like Spartan window frames with hundreds of nails stuck to them. A twelve year old girl named Queenie helped me weave the my very first rug! Other things they make are clothes, pillows (filled with scrap materials) and household items like towels and oven mitts. 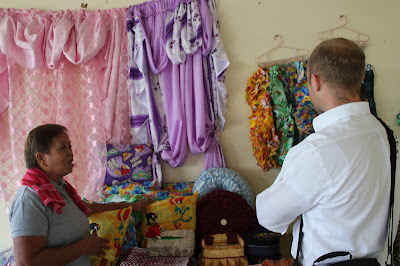 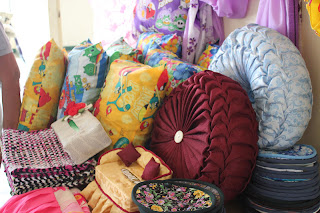 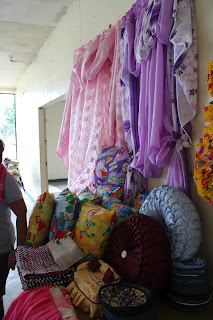 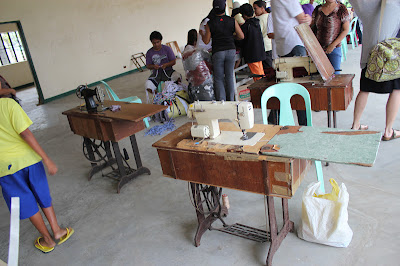 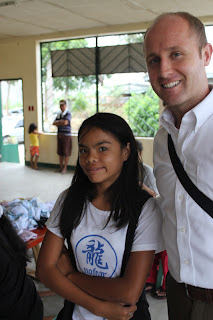 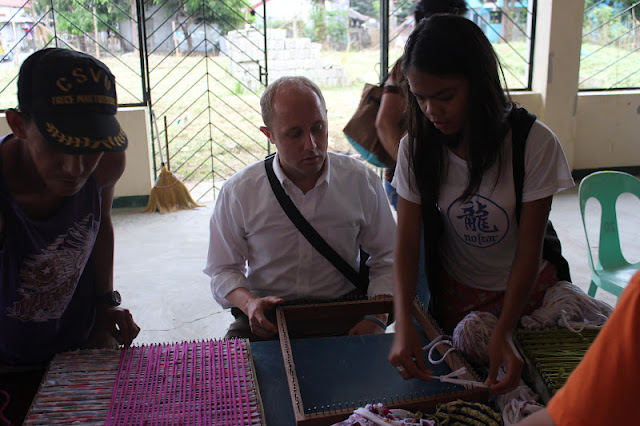 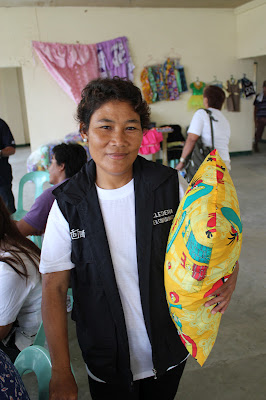 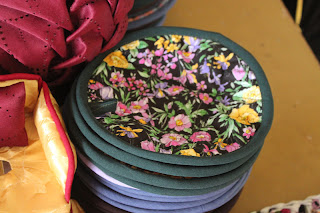 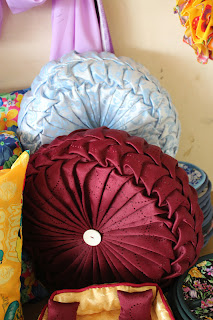 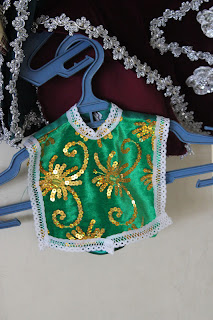 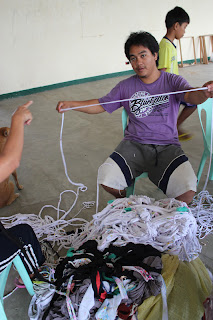 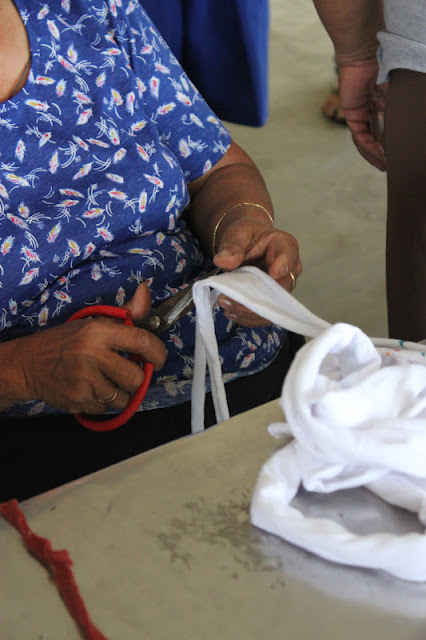 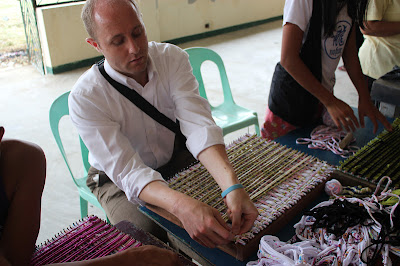 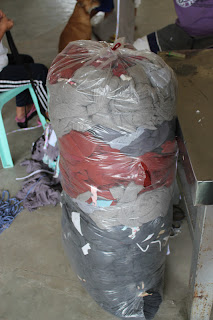 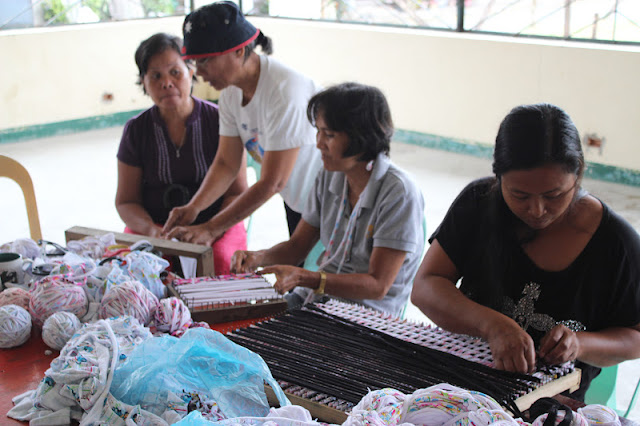 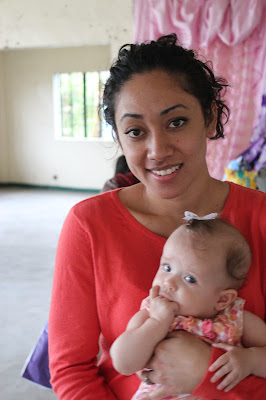 After we met everyone we decided to take a walk around the village. We were able to hear stories of how they were moved here without much of a choice and although the houses look sturdy and nice, for a long time they lived here without electricity or water. Now they at least have electricity and the water is on 15 minutes twice a day. People make the long trip to the city to work so they can feed their children and put them through school. There is private school inside the village but it costs around $200 per student per year so most children have to walk to a nearby village for public school.
Lady Hiva talked with one of the women about how she ended up here. She said that at age 16 she was brought up from Mindanao (a southern island) and forced to be a prostitute. She was rescued from that fate some years later and happened to be living in the community that was displaced so here she is. She has since married and has a child. She asked if Lady Hiva had children and when Hiva told her we did not, she promptly replied, “Just keep trying, we had to try for ten years before my baby was born.” She then told Hiva to go to a fertility festival and dance a lot and it would work. “Just pray hard,” she added, “I will pray for you too.” Hiva was touched that this woman who had gone through so much in her life—things we cannot imagine—and she was worried about Lady Hiva’s welfare and promised to pray for her too. 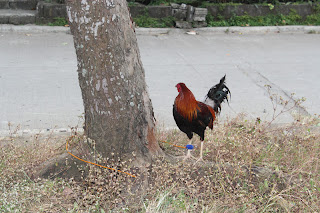 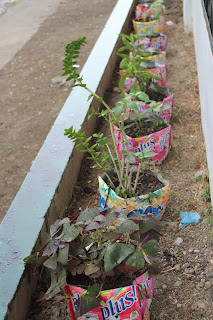 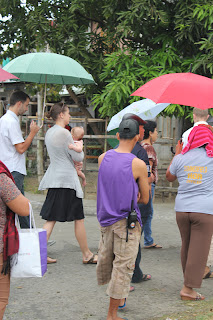 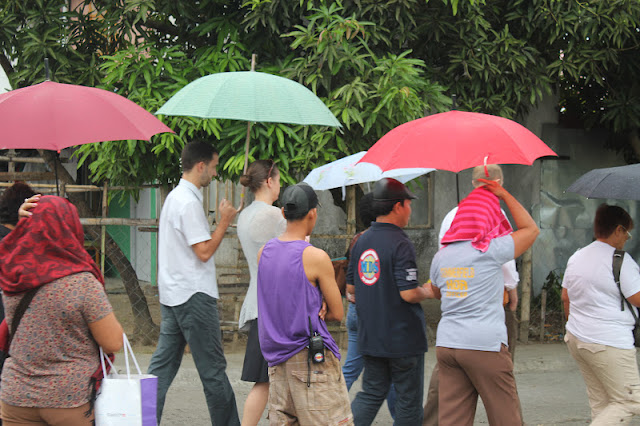 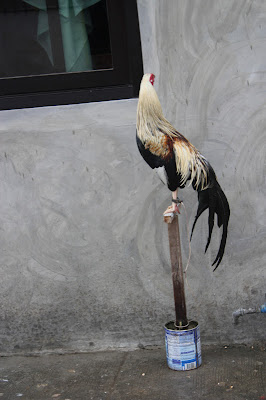 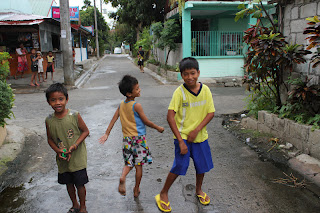 It will be really neat to get to know them better if the grant goes through. We would like to help them find ways they can help themselves—ways to build on what they have. There is truly something to say about having everything taken from you and having to ‘weave’ life back together again a little bit at a time.
Posted by hivat at 5:04 AM