A REFUGE FROM THE STORM 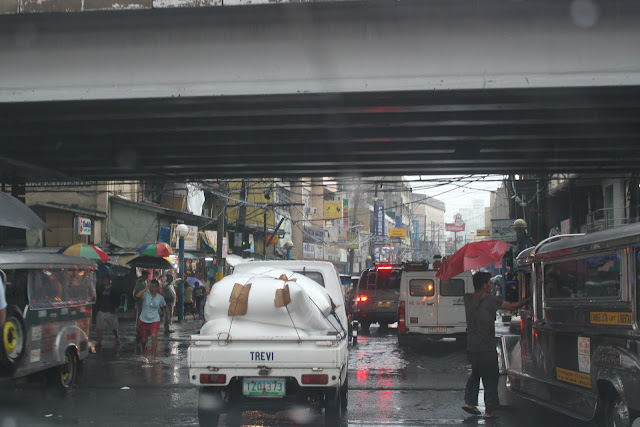 And the rains continue…

It is now Wednesday night and it has been raining really had since Sunday night. That is following all of the flooding last Wednesday (that I missed out on because I was in Iloilo). When we finished meetings on Sunday evening we tried to leave the chapel and again I was thankful that I drive Boeing, an SUV. We would have never made it home. Others were stranded at the chapel until 0200 Monday morning. Monday that floods subsided a little bit and we made it to work, but by 1630 when we were leaving the rains had started their downpour once again. 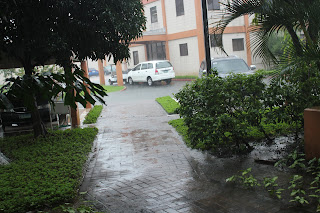 Work was cancelled as we were literally walking out the door—thank goodness because it rained all day. The flood water around our house ebbed and flowed. It was always somewhere between ankle and knee deep. Half way through the day they cancelled work for Wednesday too. It was sobering to see all the photos on the news channels of people who lost their homes and stores to the floods. There is water everywhere. 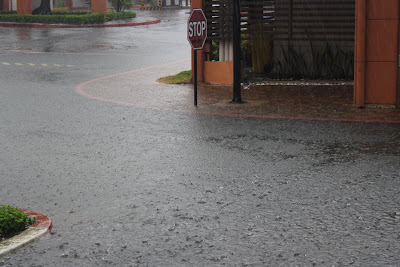 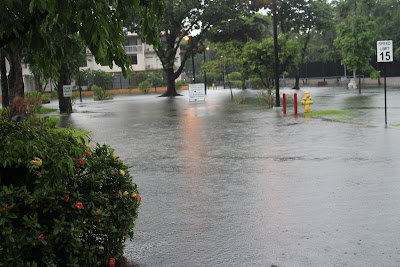 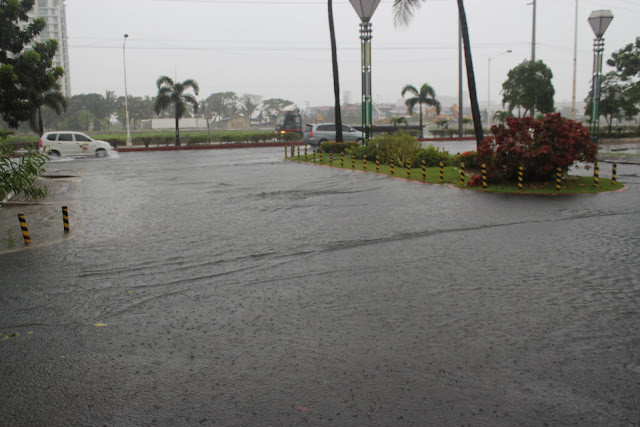 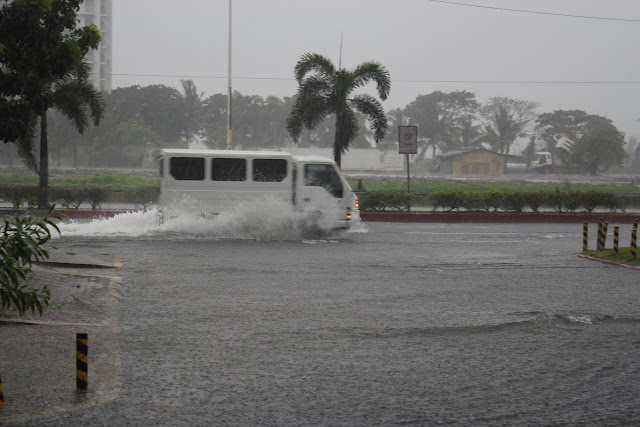 Lady Hiva and I sat at home and kept ourselves busy doing all those things on the “to do” list that usually get pushed back because of more urgent matters. Our home was truly a refuge from the storm. We were safe and dry. We could not leave the house, but we have enough food and water to be alright. Thankfully we always keep a stock of both things for times like these.

I was on the phone most of the day trying to make sure people were alright. In the morning communicating with employees and in the evening with Church leaders to make sure we had found all the people who live in heavily flooded areas. Again, I was thankful for a refuge. 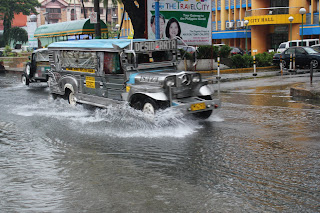 I could not help but think about the scriptural parable of having a home built on a solid foundation so when the floods and the rains come you are spared the heartache of loss.

As with the previous two nights, it was raining all night. I would wake up frequently look out the window to check on the water levels. When we woke up we found out that the drainage system for our row of houses had plugged and where we are the last home on the row all the water was gathering on the second floor patio like a swimming pool. The only place for the water to go was IN! We had to call in people to help get the water out and fix the drains. The carpets and some of the furniture are ruined—sad. Our refuge had leaked. Nothing compared to what others are experienced, but still had the damage (see the parable could be carried further about protecting our refuge.) 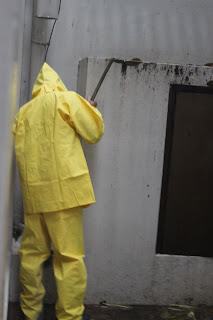 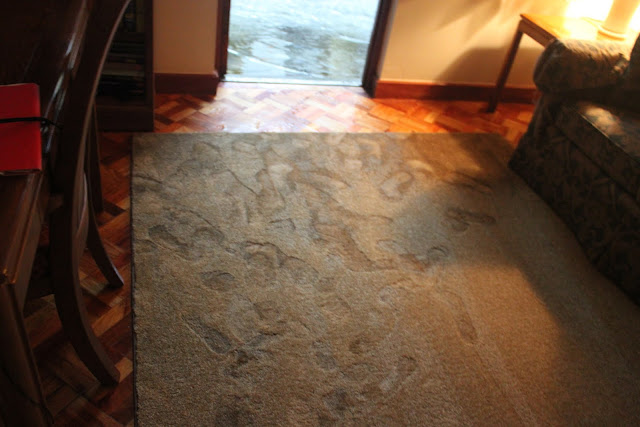 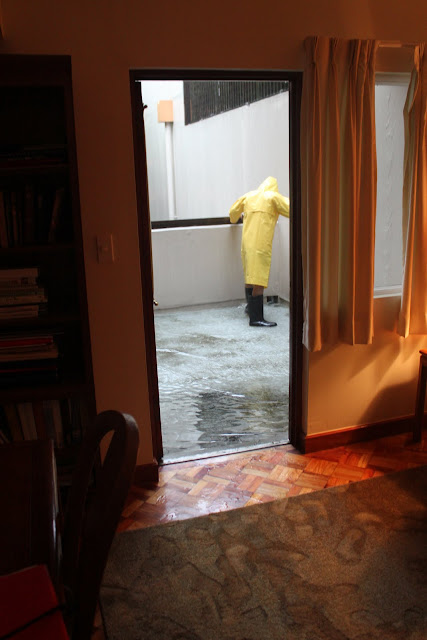 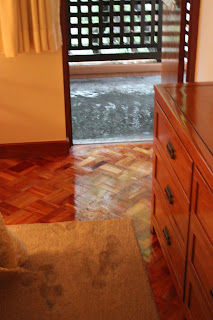 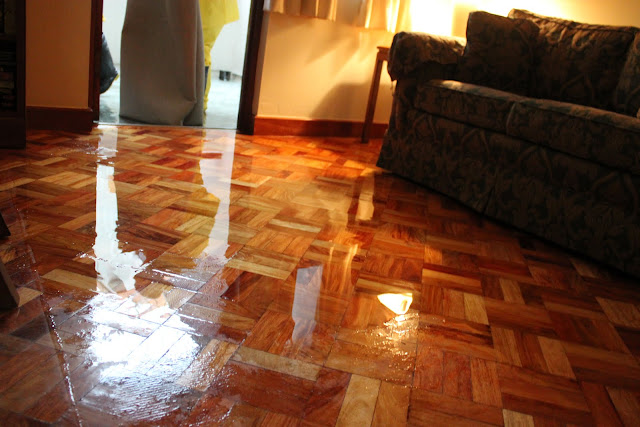 Today there were people that needed to get help so in the morning when there was no rain we decided to meet some people from Church to get food and clothing bags to give to those that lost everything. Sadly, the rain started again and the water rose quickly. We only got half way around the block and had to turn around because the water was too deep, even for Boeing. 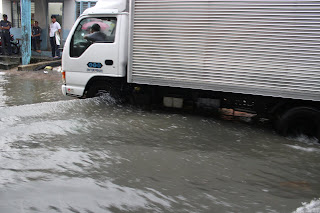 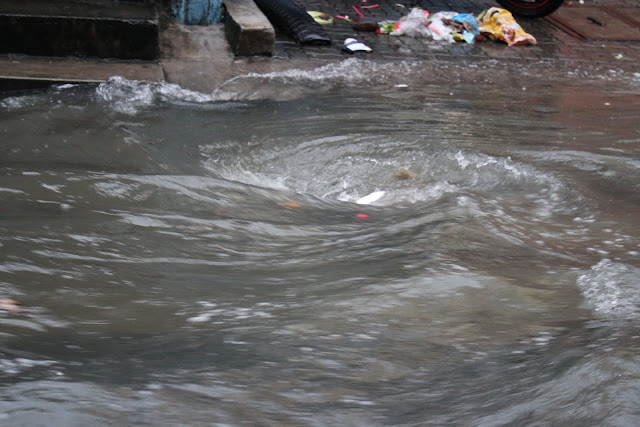 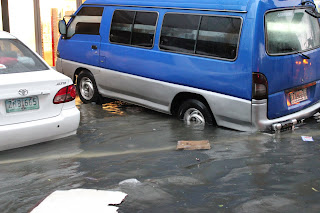 We made our way back and the gates to our compound were sealed off and water was getting deeper by the minute. We were forced to drive in knee deep flood water around the block again to the front gate. The water was so deep their cars were just stopping in the road. We finally were able to inch our way around the cars to the gate and make it home….what an adventure! 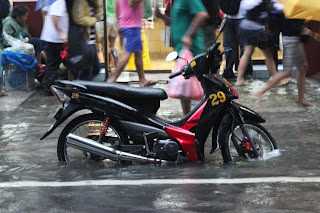 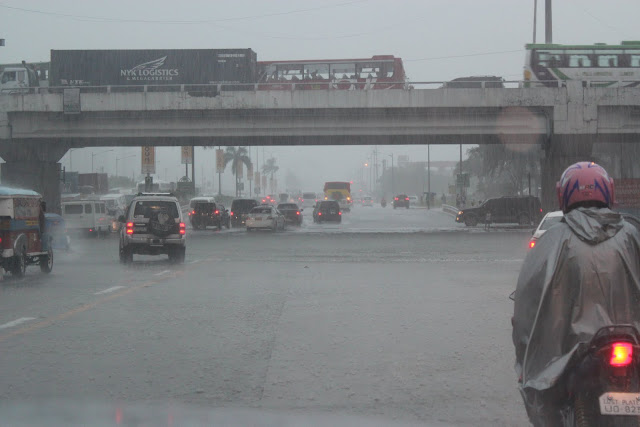 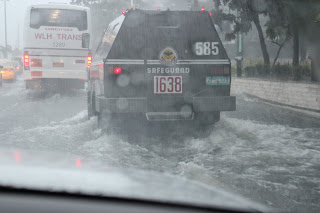 So here we are again sitting in the house listening to the rain fall and water gush off of the roof and into the lake forming around the house.
Posted by Dust at 2:05 AM