Rice in my shoes, Musty Clothes, and Calamansit Laundry Soap 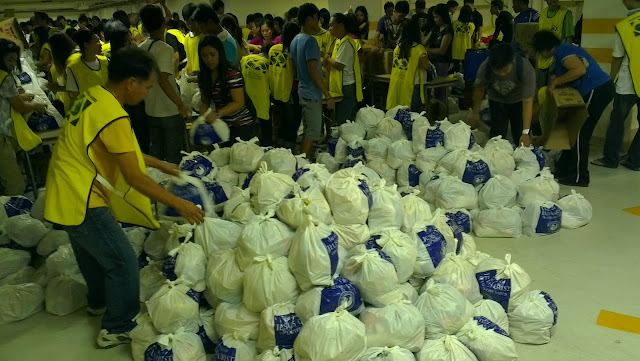 We were lucky to have a holiday—Philippine Holiday—so we spent the day serving. We woke up early (yes, a day we could have slept in, I peeled myself off the bed) to join several hundred volunteers at the Latter-day Saints Church office building in Quezon City. For three hours we packed rice and canned food into food kits and hygiene kits for the flood victims. 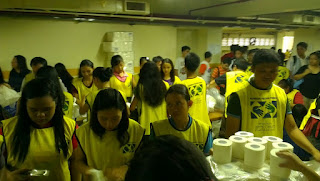 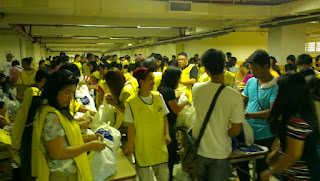 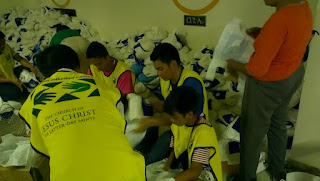 We were working in the basement parking lot—a huge space for 200 working “Mormon Helping Hands.” They had fans on, but it was SO humid. The camera fogged up and I was unable to take photos until the very end! Luckily I had my phone so I could at least get some photos—so I apologize about the photo quality. We had children as young as 5 or 6 helping sort tooth brushes and elderly people helping stuff bags too. What a wonderful effort. 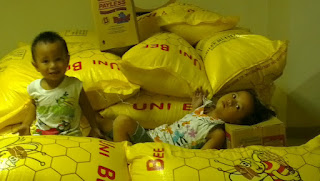 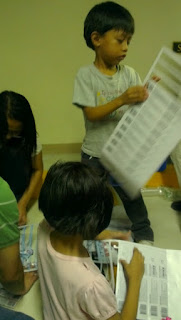 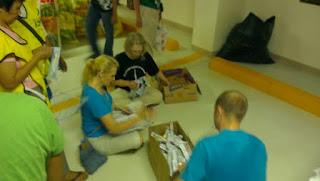 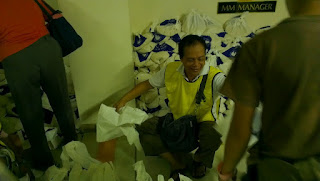 The room appeared to be chaotic at first glance; a room full of busy bodies running in every direction. However, it was really several factory lines working in synchronization. True, it was hot, we all had sweat dripping, hands were working quickly, and not much talking other than the absolute necessary--yet we were all happy. 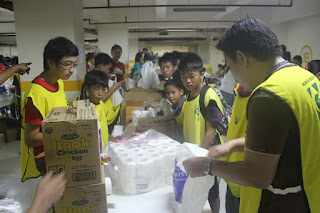 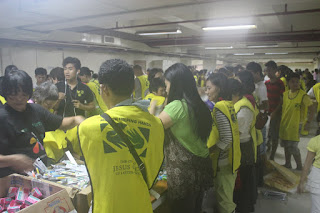 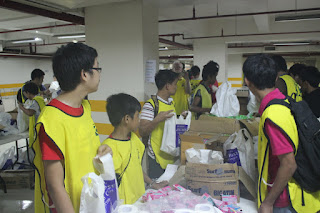 It was fun to see that after we were all done several people—us included—taking photos of all our work. There is something fulfilling about seeing stacks of rice sacks full of food and goods ready to be shipped out and knowing that our work had made it possible. It was so worth the sacrifice of sleep and time to be here. 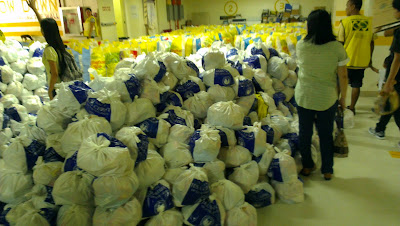 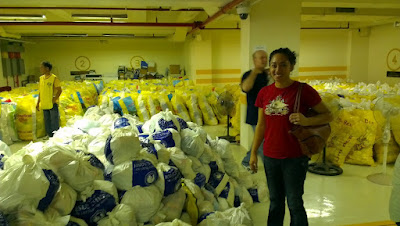 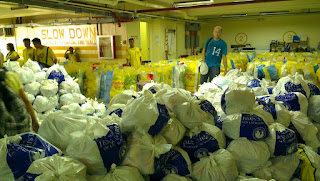 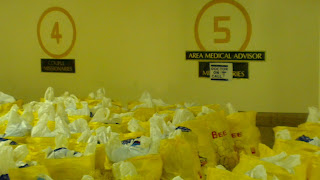 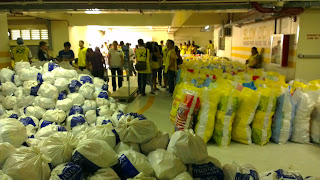 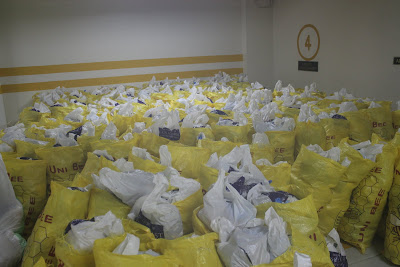 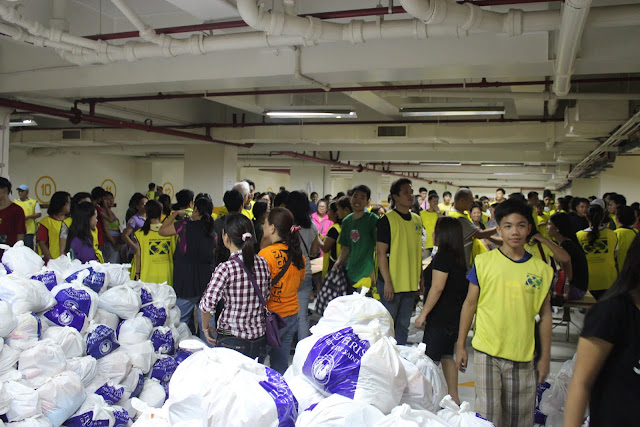 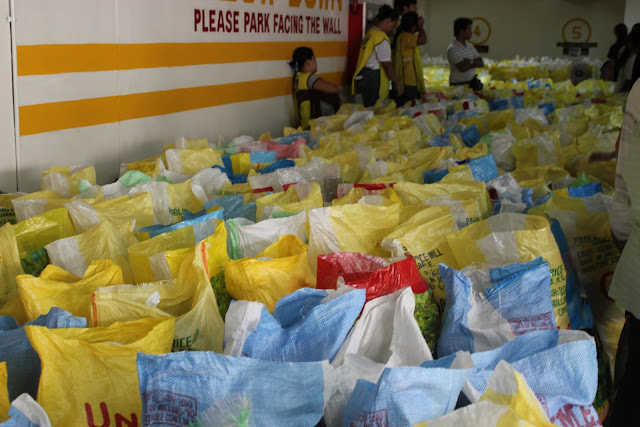 Later in the day, Lady Hiva and I met with one of our friends to wash clothing donated to the United States Embassy Club (USEC) so that it could be given to other charities that support flood victim families. There were SO many boxes of clothes that were donated. However some of them had been sitting for a few months so they smelled musty. We wanted to wash them before they went out. 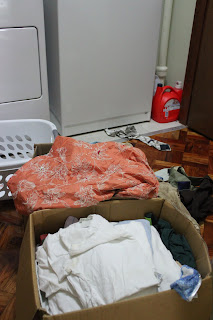 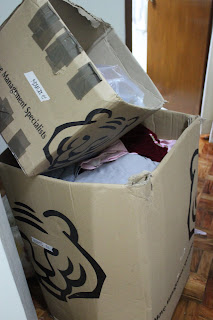 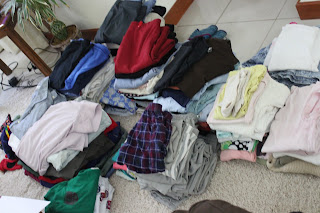 It was…interesting…to see what people decided to donate. Some of the stuff (not all of it was clothes) just went to the trash, it was not something we wanted to say we had donated. It did offer a good laugh once in a while.

The rest of the day we constantly had the washer and dryer going…our hands and house started to smell like the Calamansi (small citrus fruit) laundry soap that we bought for the laundry. Again, it was satisfying to the piles of clothes folded and sorted into piles ready to give away. I hope that it brings happiness to some families in need.

It was a great day. We are both tired, but full of thankfulness and love.
Posted by Dust at 3:29 AM